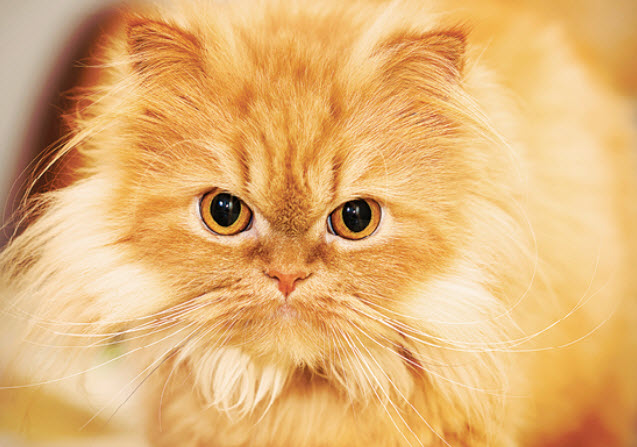 My husband lost his job on Friday, through no fault of his own (I can’t go into the details on such a public forum: let’s just say that we felt it coming and we’re both angry and relieved that it’s over).

My husband has been worrying about my precarious mental health ever since – and he was right to do so. I suffer badly from depression and suicidal thoughts.

I decided to hobble over to the railway bridge up the road. I just wanted to jump. I’m probably too crippled to have made it that far, but I was going to try. I know that this was terribly selfish of me, but I can’t help what the depression does to me.

I got dressed, hobbled downstairs and opened the door… and there was Monty, my neighbour’s apricot Persian (that’s not him in the pic, but Monty looks very similar).

He was right outside my door, and he wouldn’t let me out. His humans weren’t home, and he wanted warm fuzzles. By the time he’d had enough, I had the clarity to realise that I didn’t really want to top myself, and so I texted my best friend – who came straight over (thank you, Alex).

So… we had our salad days, and a complete and utter twunt has taken them from us. But thank you, Monty, for preventing me  from doing something that would hurt a lot of people

2 thoughts on “When A Cat Saves Your Life”

Follow An Accident In Space And Time on WordPress.com